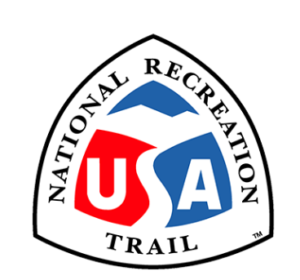 The River’s Edge Trail was nominated as a National Recreation Trail (NRT) by Secretary of the Interior Ryan Zinke in May. The National Recreation Trails Program supports designated NRTs with an array of benefits, including promotion, technical assistance, and networking. Its goal is to promote the use and care of existing trails and stimulate the development of new trails to create a national network of trails and realize the vision of “Trails for All Americans.” 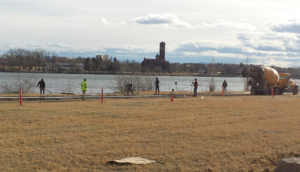 An old stretch of trail in West Bank Park was replaced with low-maintenance concrete.
This upgrade was funded by a Missouri-Madison River Fund Grant with match money
provided by River’s Edge Trail Foundation. 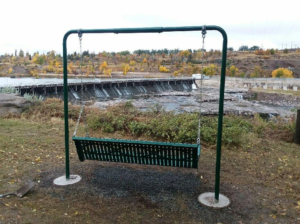 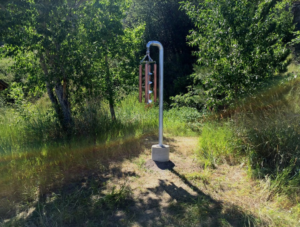 Several memorials, including benches and plaques, were installed, as well as
several new pieces of art, including the “Wind Chime” sculpture by
Alex Smithson on the South Shore near Black Eagle Dam. 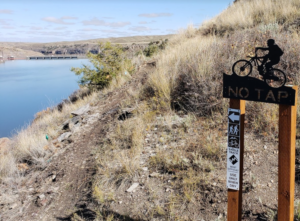 River’s Edge Trail Foundation contributed match money toward a Recreation Trails Program Grant
that was used to build a new single-track trail on the South Shore. This new trail named “No Tap” connects
to the “Mayhem” and “Chaos” trails and has received great reviews by the mountain biking community. 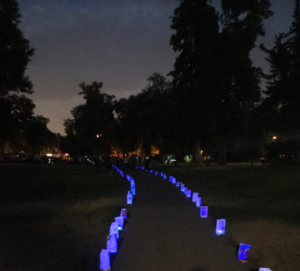 The 2018 Luminaria Walk was postponed from June to August due to weather.
The August date turned out to be a great weekend to hold the walk.
The River’s Edge Trail was lined with 1,000 paper bags decorated by local kids.
The 2019 Luminaria Walk is tentatively scheduled for August 24. 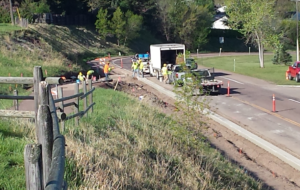 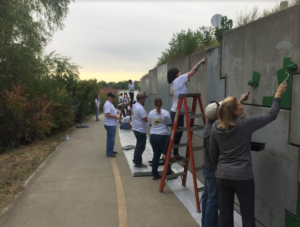 Thanks to all the volunteers who helped out on the trail, including D.A. Davidson’s
crew that helped paint the wall on the Bay Drive trail. 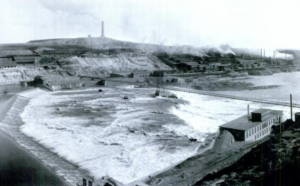 Cascade County has commissioned a site utilization plan for the old Smelter site that includes several
recreational options. Principle among those options is a trail through the site along the river’s edge.
However, there are several years of testing, planning, and contamination mitigation
before that trail segment can be constructed.